The Skylimit Super Sunday on November 1st wat another successful day. A bright Autumn sun and many competitors made this day very interesting for the big crowd. Dennis Noten was at the track to shoot some nice photos. 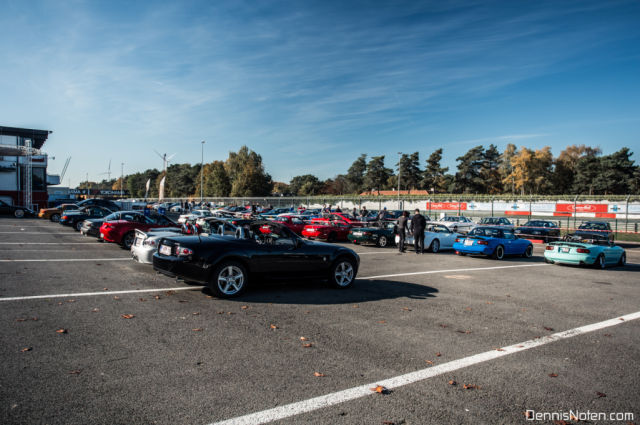 Of course there were also some car clubs. The Mazda MX-5 zone is getting fuller all the time. 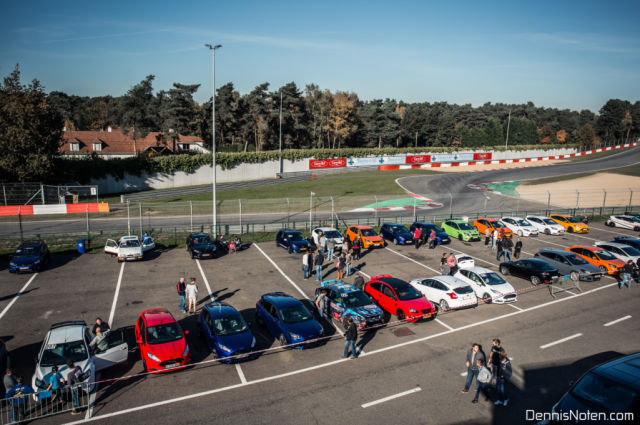 There was also a colorful group of Fords next to the chicane. 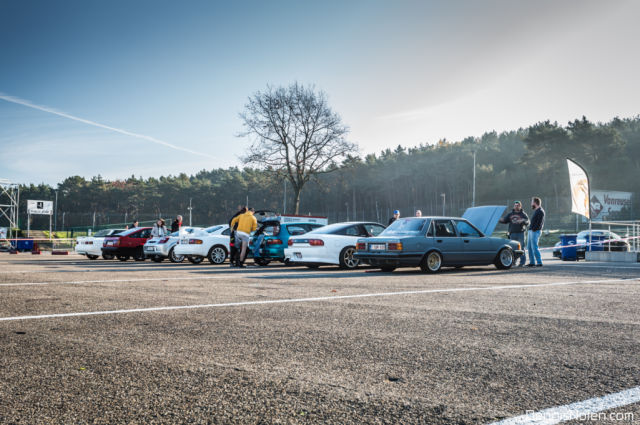 There was another nice mix of JDM cars in the paddock and on track. 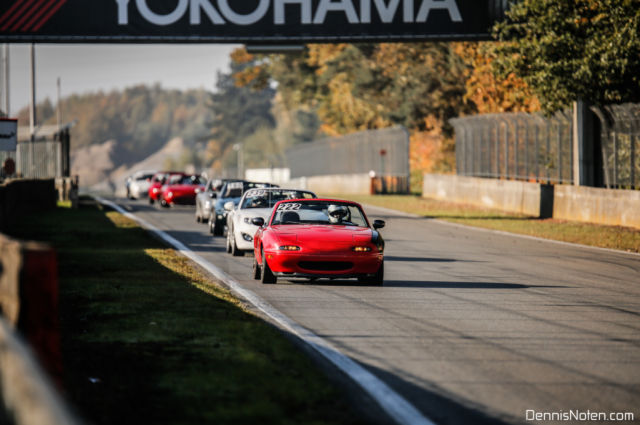 A Mazda MX-5 train during the pace car laps. 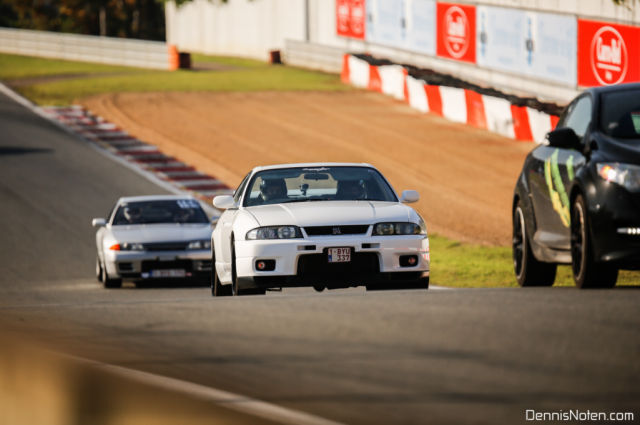 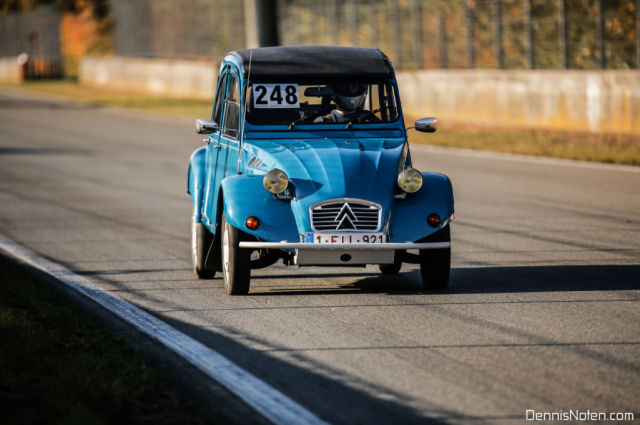 During the pace car laps we also saw this 2CV on track. 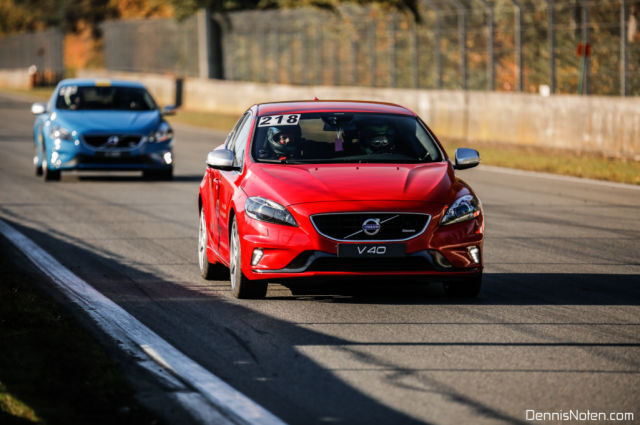 These 2 Volvo drivers were coached by Davy Suffeleers. 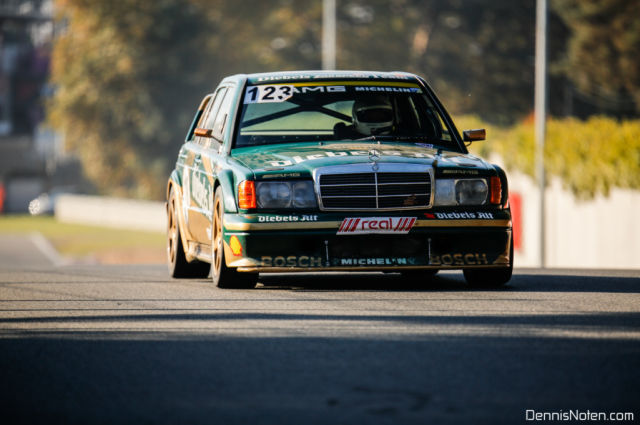 This Mercedes 190 EVO is looking great in his Diebels Alt DTM livery. 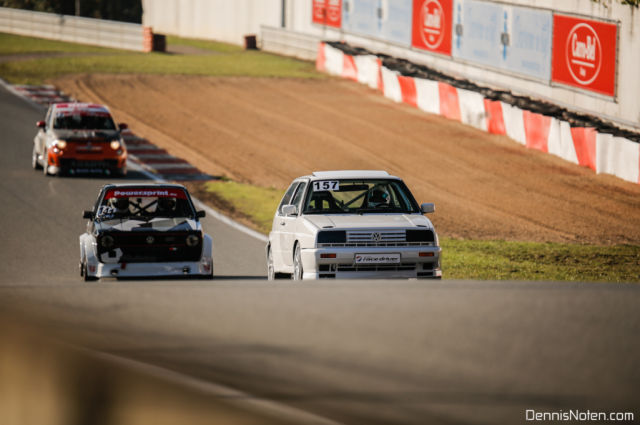 All generations of the Volkswagen Golf can be found on the race track. 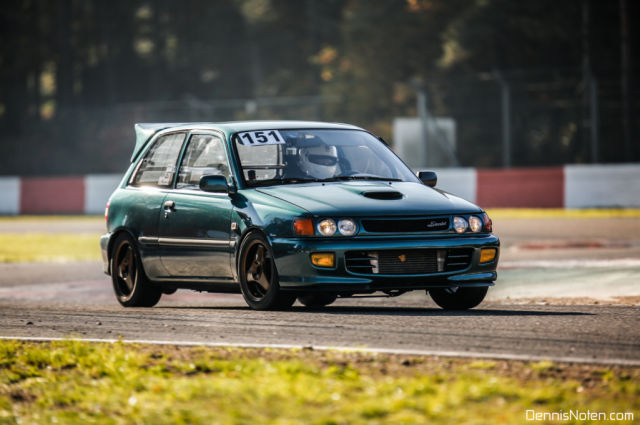 The Toyota Glanza Turbo is very rare in Europe. 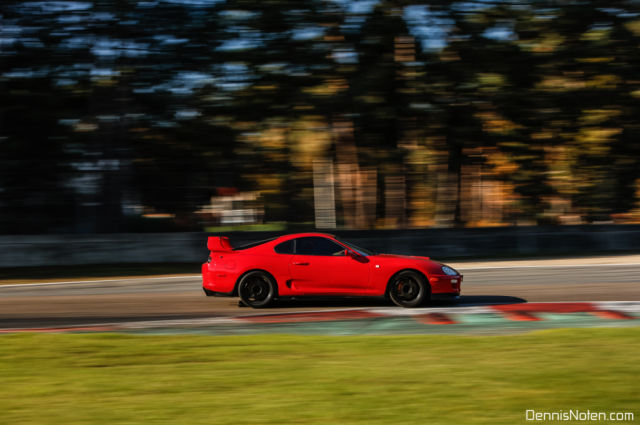 There were many Toyotas on track. Here a wonderful Supra. 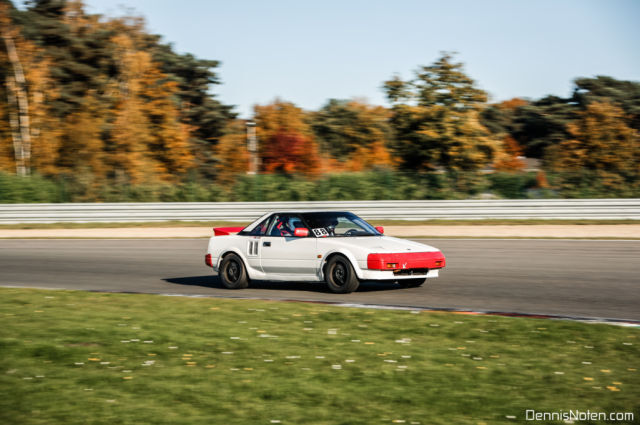 This MR2 belongs to the Holvoet team, a family with a real racing heritage. 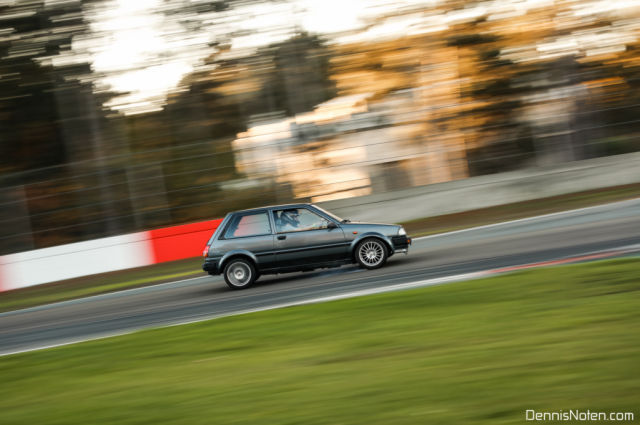 This nicely restaurated Starlet did it's first laps on the racetrack. 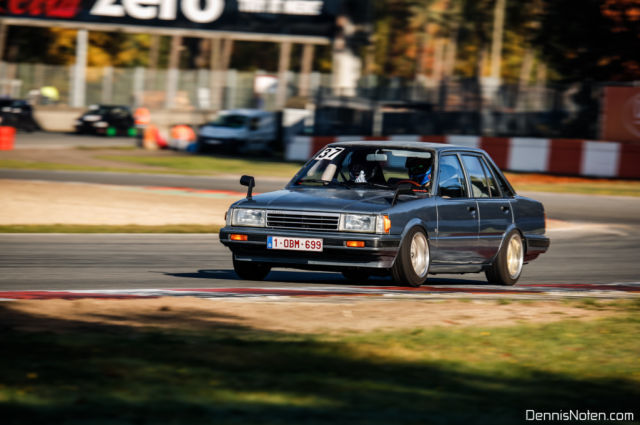 Randy Congedo has been putting a lot of effort in rebuilding his Daihatsu Charmant. You can imagine the fantastic sound of the 4AGE engine. 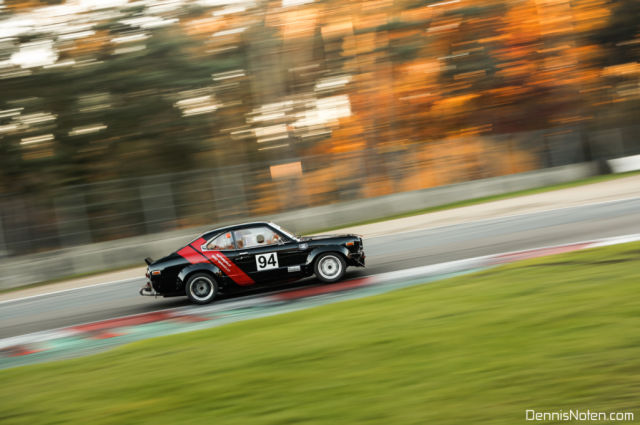 The Rotary engine of this Mazda RX3 sounds like music in the ears of every racefan, even after mounting an extra exhaust. 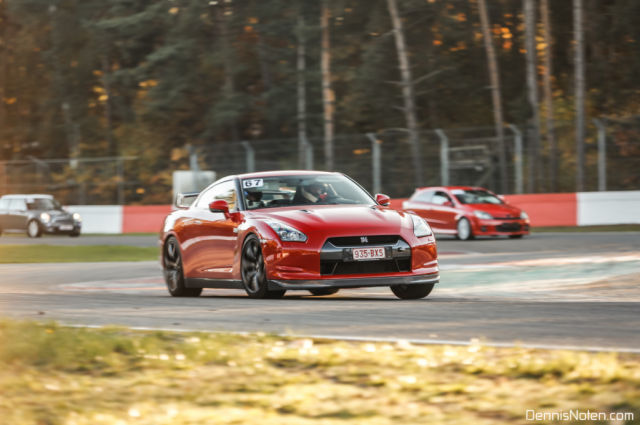 Of course there were also some Nissan GT-R 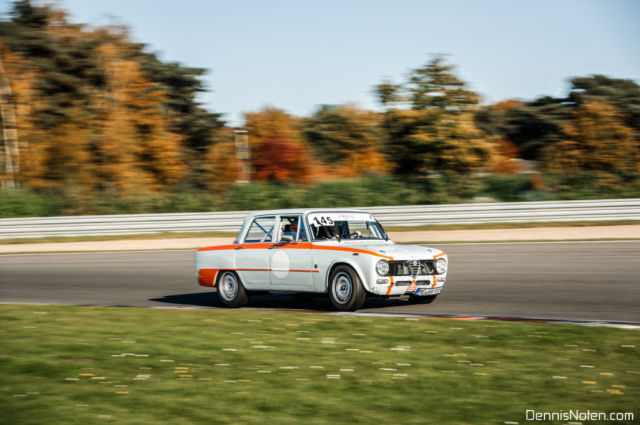 Next to the Alfa Romeo GTAs on the cover of this blog we also had this Alfa Romeo Giulia on track. 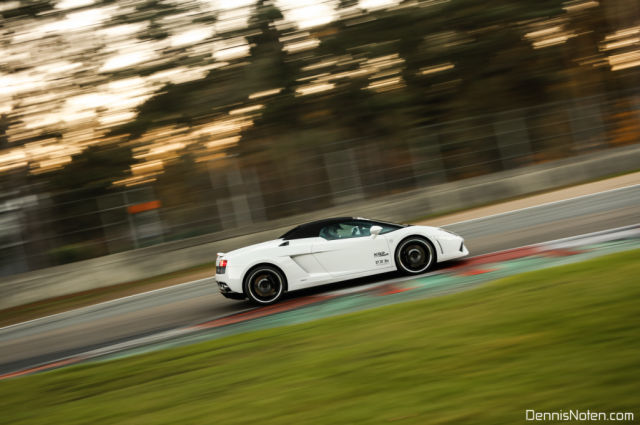 Because of the noice limits at Circuit Zolder we don't often see a Lamborghini on track. 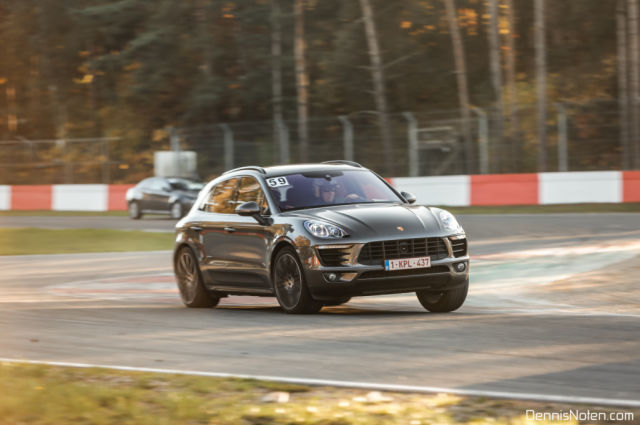 Even a Porsche SUV feels like a fish in the water on a racetrack. 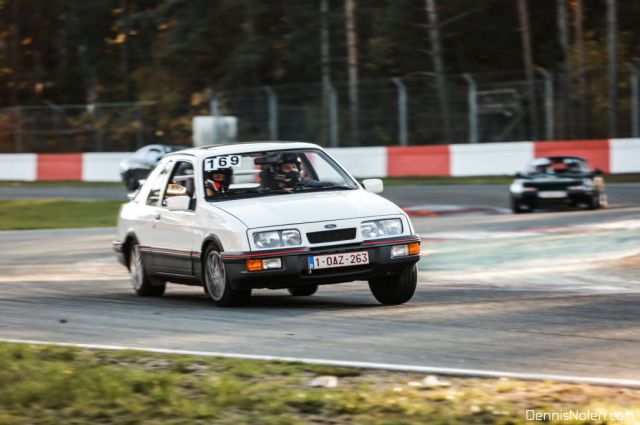 This Ford Sierra XR4i was tested hard at Circuit Zolder! 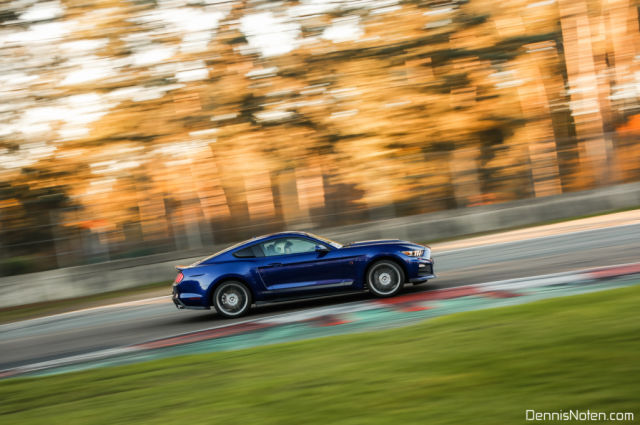 This Roush Mustang 2.3 Ecoboost was fast on track. 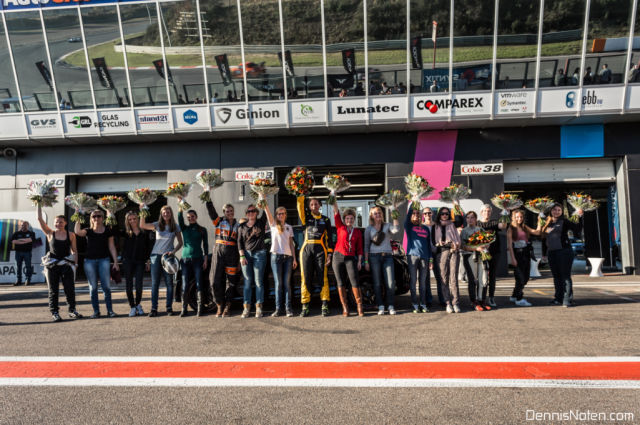 To end we show you the "Ladies on Track". Every time more femalde drivers go on track.

Please note May the 1st, July the 31st and October the 30th 2016 in your agenda because also next year we will organize the Skylimit Super Sundays.

The photos of this edition you can find on www.skylimitphotos.be